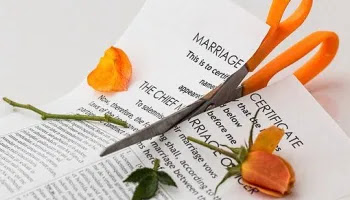 An Igando Customary Court in Lagos State on Monday dissolved the 15-year-old marriage of a cleric, Yusuf Adeniyi, over infidelity.

Yusuf’s wife, Rebecca, 44, sought the dissolution of the marriage, saying that she caught him cheating on her.

Rebecca claimed that she caught her 47-year-old husband with a married woman on their matrimonial bed.

The Court President, Mr Adeniyi Koledoye, granted the request, saying that the petitioner insisted on divorce.


“The court is left with no option than to grant your prayer and hereby pronounces the union dissolved.

“Both of you henceforth cease to be husband and wife.

“Each of you should go on his or her separate ways unmolested; the court wishes both of you well in your future endeavours,” he said.

Koledoye ordered Yusuf to be responsible for their children’s feeding, education and general welfare.

Rebecca had also told the court that Yusuf had extramarital affairs with both single and married women.

“I caught him having sexual intercourse with one. I grabbed the woman and tore her clothes.

“I raised alarm; he started begging me not to expose the woman.

“My husband’s behaviour toward me changed after the incident. He no longer gave me money nor cared for me,” she submitted.

The 44-year-old mother of four also claimed that her husband was fetish, saying that he married her with charm.

“I was under the influence of charm in my marriage with Yusuf.

“The wool was pulled off my eyes five years ago but I decided to remain in the marriage because of my children.”

According to her, when her father died, Yusuf did not go for the burial.

Rebecca told the court that she was fed up with the marriage.

Responding, Yusuf admitted having an extramarital affair with a married woman but blamed it on the devil.

“I begged my wife to forgive me but she refused and raised alarm,” he told the court.

The respondent, however, denied being fetish, saying that he never married his wife with any charm.

“It is my wife that is fetish. She frequently visits herbalists and comes home with different substances.”

He prayed the court not to dissolve the marriage, saying that he still loved Rebecca.