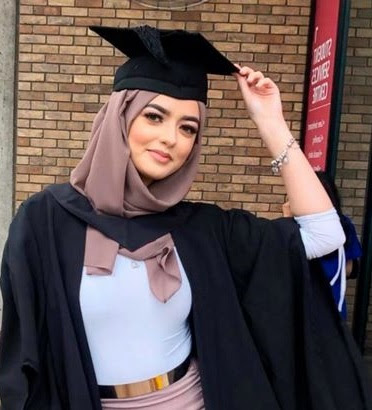 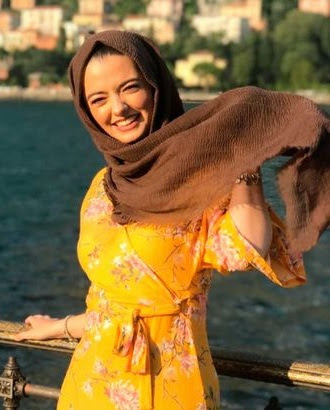 A beautiful  student who collapsed at home on her 22nd birthday has been given just 18 months to live after being diagnosed with a brain tumour.

Amani Liaquat was given the devastating news in April, two weeks after her birthday celebration.

The young woman was diagnosed with an aggressive and inoperable brain tumour and medics told her she has between 12 to 18 months.

Her heartbroken family spoke of the diagnosis and said it has been "the most gruelling time any of us have ever experienced".


The family, from Luton, Bedfordshire have been battling to raise funds for treatment.

And her desperate dad, Khuram Liaquat, jetted out to Germany in the midst of the pandemic to collect three months' worth of a pricey drug that could prolong his daughter's life.

he drug, known as ONC201, has shown promising results in the same tumour mutation as Amani’s in Phase II trials in the US.

But it costs £4,000 a month and, if effective, will require long-term use.

The cost for a year of this medication, plus medical consultations, stands in the region of £50,000 - far more than Amani's family can afford.

Her parents were left with no choice but to set up a JustGiving page to help them fund the life-prolonging treatment for their daughter.

And, thanks to enormous generosity from family, friends, and well-wishers, the page raised £100,000 in just 24 hours.

Amani was rushed to Luton and Dunstable Hospital on April 29, her 22nd birthday, after collapsing at home.

She spent four days there, before being transferred to the National Hospital for Neurology and Neurosurgery at Queen Square, London, for a biopsy.

She spent a further eight days there, during which time she had numerous scans and exploratory surgery which left her with 15 staples in her head.

Due to Covid restrictions on visiting, she had to deal with all of that and difficult conversations with medical professionals by herself.

Her dad said: "Amani coped amazingly well and was finally discharged on 10 May.

"Two days later, we were given the news that Amani’s tumour was a grade 4 glioblastoma multiforme (GBM) with H3K27 mutation - which was cancerous and inoperable."

The tumour, a diffuse midline glioma, is particularly resistant to conventional treatment, with its location being so deep in the brain that doctors concluded surgery was not an option.

Following a biopsy, Amani began the usual treatment protocol for this tumour type: six weeks of radiotherapy followed by low-dose chemotherapy, which she was due to begin in August.

But within weeks an MRI scan revealed the tumour had already grown, and the chemotherapy was stopped.

Khuram said: "It was utterly devastating to be advised that Amani’s chemo should be stopped but we were even more determined to fight on.