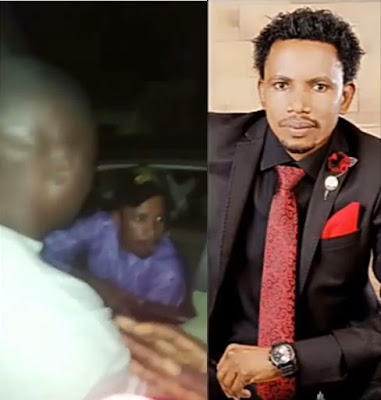 Newly married Senator Elisha Abbo, who became really famous after ''assaulting'' a woman at an Abuja s.e.x toy shop has allegedly assaulted another Nigerian -- this time a male.

In a video making the rounds on social media, he is allegedly seen angrily scolding a young man before exiting his car to slap the man repeatedly,

The incident is believed to have happened at Mubi, Adamawa state.


Another twitter user, @OlalekanOR shared the video and wrote: 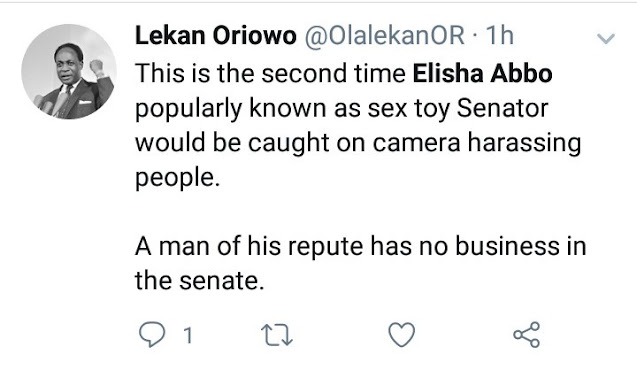 "This is the second time Elisha Abbo popularly known as intimacy gadget Senator would be caught on camera harassing people. A man of his repute has no business in the senate."