A Nigerian lady, Olasumbo who is a singer has revealed she was attacked by robbers while on her way home in Oyo state.

She said she had just finished performing at the burial of the Oyo state governor, Seyi Makinde's mother, and was on her way home when she was attacked by the robbers at Ikolaba close to the state government house.

''Was robbed on my way home dis morning, took all my tins... My phone fell out of d bag while he was beating me Took all my money (50k), my ATM, Voters card and many other valuables were in d bag! Worked all night and came back with nothing Dan bruises


For those asking, it happened at ikolaba, close to officers mess, government House road, we went to play for Seyi Makinde mother's burial, my money and ATM we're taking.. I'll find a way to go to the clinic later maybe go to the bank first, make withdrawals then to the clinic'' 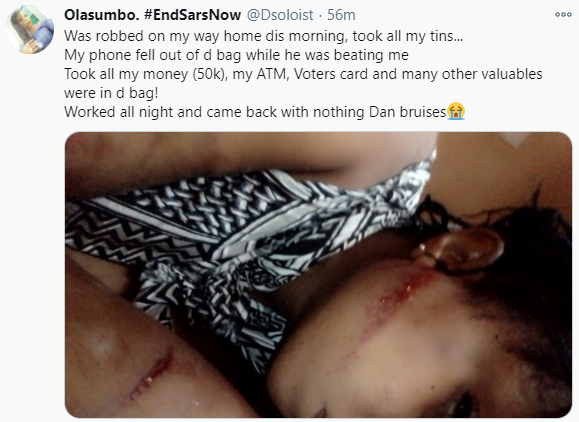