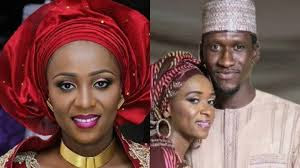 Maryam Sanda, the woman sentenced to death for killing her husband, plans to file an appeal at the Supreme Court in a bid to overturn the judgements of the lower courts.

Her counsel and a Senior Advocate of Nigeria (SAN), Joe Gadzama, disclosed this to reporters on Friday in Abuja.

This followed the judgement of the Court of Appeal in Abuja which upheld the verdict of the Federal Capital Territory (FCT) High Court sentencing Sanda to death by hanging for killing Bilyaminu Bello.

Late Bilyaminu, who was stabbed to death, was the son of former National Chairman of the Peoples Democratic Party (PDP), Mr Haliru Bello.


While Sanda argued that she was denied a fair hearing by the trial court and insisted that she was innocent, the appellate court held that the appeal lacked merit.

In a two-hour judgement read by Justice Steven Adah, the court held that it was duty-bound to do justice according to law and not sentiments, stressing that the law does not leave room for irregularities and parties must conduct criminal trials according to the law.

It said the trial court was right in its verdict under Section 221 of the Penal Code, noting that the crime committed was punishable by death.

The appellate court held that it was not in doubt that Sanda killed her husband and it has no reason to set aside the judgment of the lower court.

It added that there was evidence that she murdered her husband during a fight after she saw a nude picture on his phone, and she had threatened him.

Displeased with the judgment of the appellate court, Sanda’s counsel said they would approach the Supreme Court to overturn the verdict.

On the other hand, the police through their counsel, James Idachaba, commended the appeal court judgement, saying they were ready to meet the other party at the apex court.

Sanda’s protracted trial centred on a judicial drama that lasted almost three years as a result of delays, multiple adjournments, and failure of witnesses to appear in court, among others.

She was arraigned in court by the police in November 2017 on two counts of culpable homicide.

The police informed the court that killing Bilyaminu was premeditated and sought a death penalty against Sanda.

In his judgement on January 27, 2020, Justice Yusuf Halilu of the FCT High Court convicted and sentenced Sanda to death by hanging.