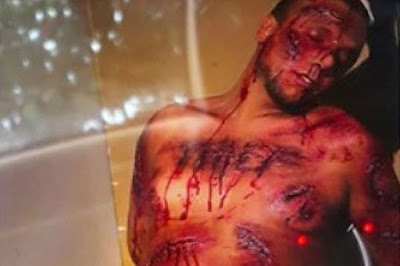 A drug dealer failed to successfully fake his own death during a desperate attempt to avoid being held to justice.

The notorious criminal named Gabriel C – and known in Belgium as "Lange Vingers" (Long Fingers) – staged photographs of himself being "tortured" to death complete with the word “thief” being carved into his chest.

The images were proposed as proof he had been tortured to death by a rival drugs gang after he had been rumbled for stealing cocaine that he had been tasked with ensuring made passage to a port in Antwerp.

However authorities failed to fall for the "tortured to death" ploy and he has since been arrested and charged.

The criminal had attempted to sell the drugs he siphoned off from the shipment he was supposed to supervise.

And last year, he went into hiding after the Albanian drugs gang he stole from made him a marked man.

The gang retaliated by attacking several address – including houses and warehouses – armed with AK-47 guns and hand grenade explosives while searching for C. 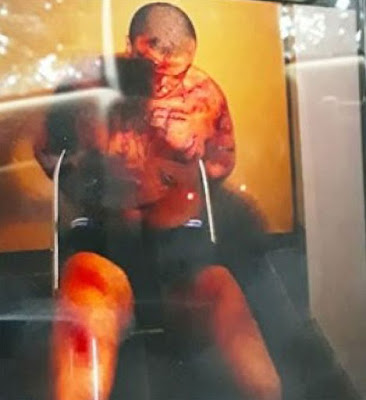 C had already been wanted for a string of offences committed in 2015.

Attempting to fake his own death, he released images of himself seemingly slumped in a chair with his hands bound and fake injuries across his body.

C had "stab wounds" on his torso, fake blood across his body and the word “thief” carved into his chest as part of the ruse.

Belgian authorities reduced his sentence from five years to four even following the failed attempt to convince police he was dead.

His lawyer argued in court that he was “sorry” for his past crimes and claimed his wife and three-year-old son ha taught him what “taking responsibility” meant.

Brussels Times reported at the time: “The visible wounds are most likely the work of a professional make-up artists, probably someone working in the film world.”

They added: “The wounds on his body, apparently fatal, are fake, according to four doctors who studied the images, including one forensic pathologist.”