'Ned Nwoko Not Planning To Marry Soon, Not Romancing Anyone' 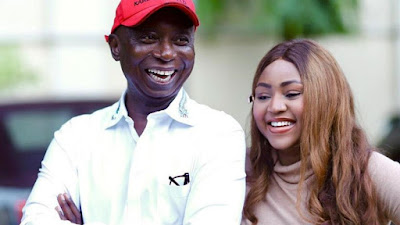 For the better part of last week and the week before, the billionaire husband of Nollywood actress, Regina Daniels, Ned Nwoko has been embroiled in a couple of controversies.

One was the rumour that was let loose that he was romancing one Sarah and planning to marry her. The second, was the mischievous twist of his famous interview with BBC, where he was quoted to have said he’s taking another wife soon.

But Potpourri can authoritatively tell you it was all so much water under the bridge. The speculations were so rife that the businessman and philanthropist was engaged to a prospective 7th wife.

However, the lady in question called Sarah turned out to be Regina’s friend who came to stay with them for a while at Nwoko’s mansion.

The girl is Sarah and she stayed with Regina for a while at the mansion. Her younger sister, Jasmine happens to be Regina’s assistant. We were together in Dubai in October. There’s nothing whatsoever between Prince and the girl,” he said.

On the ongoing rumour that the billionaire is ready to take another wife, Ifetayo Adeniyi cleared the air again saying nothing can be farther from the truth.

“It was from the interview that the BBC had with Prince Ned. He was just saying that as a prince and a Muslim Regina knows he can marry another wife. It was taken out of context.

Prince is a man of means, if he wants to do it he will just go ahead. He doesn’t play hide and seeks games. I can tell you for free he’s not planning to marry anyone soon. He was just talking generally,” he said.