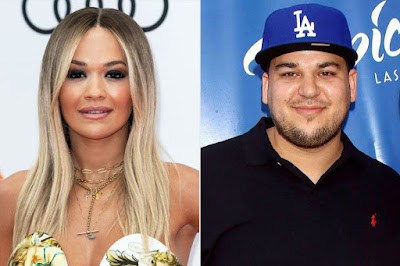 Awww... lmaoooo... Rita Ora recently needed a gentle reminder about her past relationship with Rob Kardashian.

In an interview with The Sunday Times published over the weekend, the "Let You Love Me" singer, 30, admitted to forgetting about her past romance with the Keeping Up with the Kardashians star, 33, while speaking about her love life.

When asked about Kardashian, whom she was linked to eight years ago, Ora quipped, "Oh, I forgot about that."

"It was very short-lived," she explained. "I was so young. It was great. It was fun. It was very, very fun, I guess. That's all I remember."


The "Body on Me" songstress went on to explain why she's often romantically linked to celebrities, saying, "I'm not a genius in love. But it's easier to meet them, isn’t it, because of the world you move in?"

Ora added that she's "had amazing moments with amazing people."

"But in anything you just want to be happy," she said, when asked if she's ever been in love. "I guess if love is happiness, then, yeah."

Shortly after the split, Kardashian accused an unnamed ex of infidelity, sparking speculations that the son of Kris Jenner and the late Robert Kardashian Sr. was speaking about Ora, according to E! Online.