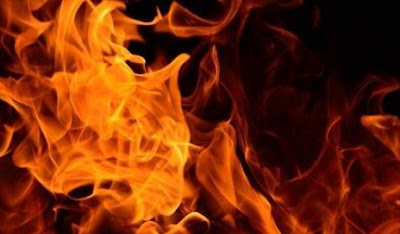 A local government worker in Benue State, Aondona Yaga, has burned himself to death over unpaid allowances of three years and his inability to pay his enormous debt, according to sources.

Yaga was until his death, a casual staff member at the Gwer Local Government secretariat in Aliade, a local media in the state confirmed.

According to his grandmother, the young man had been facing problems because he was not paid his allowance for almost three years.

He eventually fell sick and could not find money to treat himself. Frustrated, he decided to end his life.


On Wednesday morning, he entered his thatched room and set it on fire.

Another source added that the deceased had consistently complained to friends about the non-payment of his accumulated salary arrears.

He was said to have attributed his inability to pay his debts and perform his financial obligation for the upkeep of his family on the non-payment of his salary.