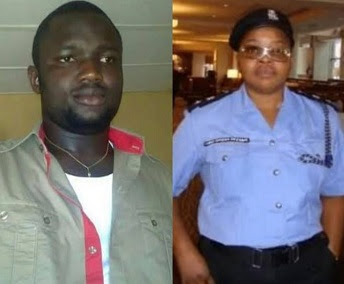 A retired chief superintendent of police (CSP), Carol Afegbai, has sued the Edo State Judicial Panel of Inquiry for victims of SARS and related abuses for issuing a warrant of arrest against her after she failed to appear before it

Recall the the panel had ordered the arrest of Mrs Afegbai for failing to appear before it.

The panel had summoned Mrs Afegbai over her alleged complicity in the murder of Ibrahim Momodu, a student of the University of Benin, in 2015.

She was the divisional police officer of Ogida police station in Benin City when Mr Momodu, a 500-level student of the Faculty of Laboratory Science, was killed close to his family house at No 1, Igbobaewaye Street, off Siluko Road by Textile Mill junction.

She added, “Accordingly, it is hereby ordered that a warrant of arrest be issued forthwith on the said respondent who is named Carol Afegbai who shall appear before this panel following the order of this panel on the 9th day of December 2020.”

However, when the panel resumed hearing on Wednesday, Mrs Ehigiamusoe, a retired judge, told Jefferson Uwoghiren, counsel to the family of late Mr Momodu, that the panel had been served a court paper from the High Court restraining it from inviting Mrs Afegbai.

Mrs Ehigiamusoe disclosed that the panel would honour the court’s restraining order to demonstrate to Nigerians that the panel has respect for the nation’s judiciary.

Reacting to the development, Mr Uwoghiren described the action of Mrs Afegbai as an ambush.