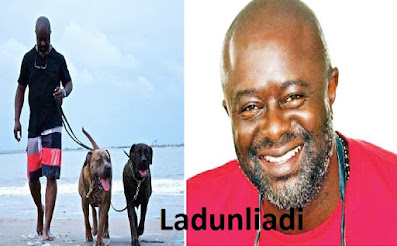 Some people have been picked up by the police in connection with the death of the late Lagos socialite, Dapo Ojora, Sunday Punch reports.

It was learnt that the arrests were premised on suspicion surrounding the death of the polo buff, who died of gunshot on Friday.

Dapo was one of the sons of the boardroom titan, Otunba Adekunle Ojora, and brother of former Senate President Bukola Saraki’s wife, Toyin.

A reliable police source disclosed to Punch that the suspects included the deceased’s home help, whose identity was not disclosed.


While multiple online news platforms reported that Dapo shot himself in the head, some sources said it was a case of accidental discharge.

The Lagos State Police Command had in a statement on Saturday cautioned members of the public against speculations over Dapo’s death.

In the statement titled, ‘Dapo Ojora’s death: Police commence investigation, caution against media speculations,’ the spokesperson for the police, SP Muyiwa Adejobi, said the command would carry out a thorough investigation into the incident.

The statement read in part, “The Lagos State Police Command has commenced a thorough investigation into the circumstances surrounding the death of one Dapo Ojora, a socialite and polo buff, who was alleged to have shot himself in the head on Friday, 11th December, 2020, in his Lagos residence.

The statement added that police experts in the Homicide Section of the State Criminal Investigation and Intelligence Department, Panti, Yaba, “will do the needful on the investigation.”

A police officer privy to the case confided in Punch that evidence from the scene of the incident hinted at a possible foul play in Dapo’s death.

The source stated further that some people were being interrogated by the police in connection with the incident.

The source explained, “Detectives have visited the scene of the incident and picked some clues which are suspicious and they think there may be more to his death than the suicide narrative people are spreading. All I can say is that some people have questions to answer.”

Another police source told Sunday Punch that the cause of death had yet to be established.

“But some persons close to him have been picked up for interrogation and his home help is among them. It is too early to say the cause of death,” the source added.