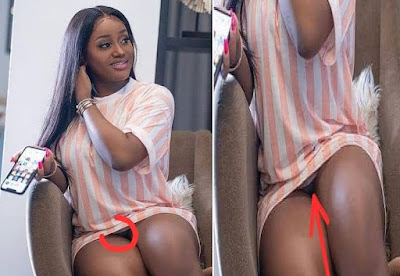 A photo showing Chioma -- Davido's fiancee's underwear has caused a major stir and then division on social media.

Many say the mother of one shouldn't  have worn such a short dress to expose her underwear as others defended her saying she couldn't have intentionally exposed herself.

Whichever way, the photo is already going viral as it has become a major source of discussion.