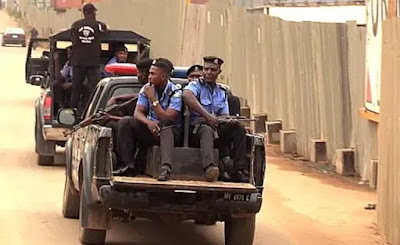 The Police Command in Taraba said that it had foiled an attempt by some armed men to abduct a Chinese national in the Gidin Dorowa area of Wukari Local Government Area.

The command`s Police Public Relations Officer, DSP David Misal, disclosed this in a statement he issued on Tuesday in Jalingo.

He alleged that the armed men had blocked the Wukari-Jalingo highway on Monday with a view to kidnapping the Chinese.

Misal said that one of the suspected kidnappers was killed in the gun battle with the police, while his other alleged accomplices escaped with injuries.


“The command successfully killed one of the kidnappers terrorising Wukari Jalingo road and recovered one AK47 with two magazines loaded with 60 rounds of ammunition.

The News Agency of Nigeria (NAN) reports that the Wukari-Jalingo highway has become a death trap for travellers.

Mr Danlami Shamaki, the Proprietor of Winners Comprehensive Secondary School, Jalingo, was killed on the road in a suspected failed kidnap attempt.