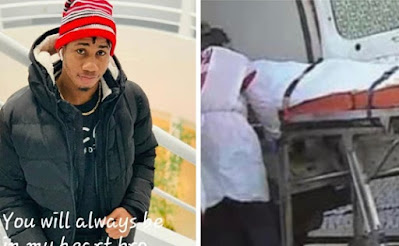 Onyekachi, 29, arrived the country some months ago as a refugee and was put in the same room with the unnamed Afghan refugee.

According to CM Lisbon, the incident happened on December 8, in Lisbon.

It was gathered that Onyekachi appealed for help from people around the area at that time, but no one responded to rescue him, till he bled to death.


A source said they had a clash over house chores and the fact that the suspect was having a negative influence on the other refugees in the apartment.

Additionally, Onyekachi's family has called out to rights activists around the world to seek justice for their son in a statement.

"We, the family, need the help of the entire world to seek justice and to put a stop to this hyperactivity because we don't know who may be the next victim," a member of his family said.

Onyekachi was from Ngwugwo Ibere community in the Ikwuano Local Government Area of Abia State, Nigeria.