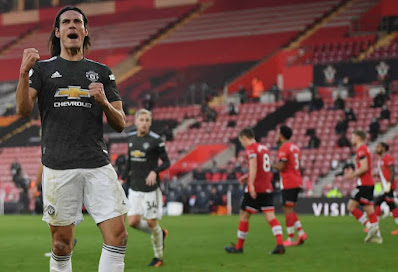 Cavani put up the post, after scoring twice as a substitute in United’s 3-2 win over Southampton on November 29.

The 33-year-old responded to a post from a friend on Instagram by writing ‘Gracias negrito’, which translates as ‘Thanks, little black’.

Cavani has now been charged with misconduct and has until Monday, January 4, 2021, to provide a response.


“It is alleged that, contrary to FA Rule E3.1, a comment posted on the Manchester United FC player’s Instagram page was insulting and/or abusive and/or improper and/or brought the game into disrepute.

“It is further alleged that the comment constitutes an ‘Aggravated Breach’, which is defined in FA Rule E3.2, as it included a reference, whether express or implied, to colour and/or race and/or ethnic origin,” an FA statement read.

If Cavani accepts the charge, he could be set for a lengthy ban.

The Uruguayan is currently recovering from injury and will miss Thursday night’s trip to Sheffield United.