15 Year-old Boy ‘r.a.p.e.d And Killed Cousin, 9, During Sleepover – Then Dumped Body In Gully’ 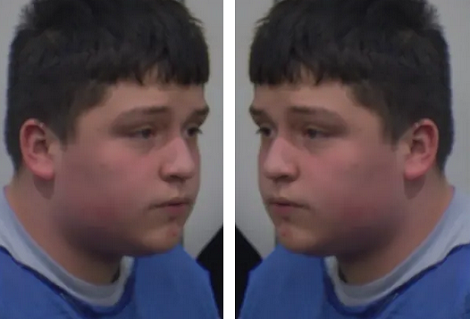 A 15 year-old boy killed his nine year-old cousin while raping her, then dumped her body in a gully, a court heard.

Jeremiah Morfin, who is now 17, had the s.e.xual assault charge added to the murder allegation he already faces during a court hearing on Wednesday.

Prosecutor Imad Award told the preliminary hearing in Albuquerque, New Mexico that Aaliyah was fatally strangled while being s.e.xually assaulted by her older cousin at sleepover.

Awad said the youngster also suffered internal injuries after Morfin stomped on her chest. Morfin, from Albuquerque in New Mexico, is being tried as an adult over claims he r.a.p.e.d, then strangled beat his cousin Aaliyah to death at a sleepover in January 2019.

The suspected murderer is then accused of dumping Aaliyah’s corpse in a storm drain.

Explaining the decision to add the s.e.xual assault charge to Morfin’s indictment, Judge Daniel Gallegos said: ‘The state has alleged and has put forth sufficient information, at least at the probable cause stage, that the defendant committed the act of s.e.xual penetration and the act of murder.’

Morfin allegedly killed Aaliyah at his family’s home, the Albuquerque Journal reported. His mother checked in on him the morning after the sleepover, to find Jeremiah cleaning his room and doing laundry – with Aaliyah missing.

The unnamed woman immediately got into her car and went looking for her niece. She says she returned home to a note from Jeremiah saying that he ‘kind of lost it’ and ‘I did something bad.’ Police were called, with one officer asking Jeremiah where Aaliyah was.

He directed them to an arroyo (gully), where Aaliyah’s body was found. Detectives who recovered the youngster’s remains said she had suffered visible trauma to her head and chest. Morfin faces a charge of first-degree murder, and is being held in jail ahead of his trial.