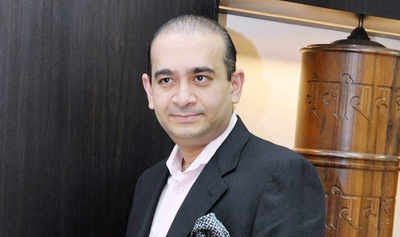 A UK court on Thursday ordered an Indian fugitive billionaire, Nirav Modi, who is wanted for alleged money-laundering, destruction of evidence and witness intimidation to be extradited to India to stand trial.

Delivering judgment, the Judge of the Westminster Magistrates’ Court, held that the fugitive had a case to answer in India and ordered that Mr. Modi, who is also a diamond dealer, be extradited to India to face the charges preferred against him.

The court also ordered the UK Home Secretary to do the needful regarding the billionaire’s fate.

The court dismissed the arguments of Mr. Modi’s lawyers who had filed submissions before the court claiming that their client had “mental health concerns.”

According to the judge, such mental health concerns were “not unusual in a man in his circumstances.’’

The judge also dismissed the claims by Mr. Modi’s defence that the fugitive would be denied justice if he was extradited to India.

The court said it was evident that the diamond dealer conspired to destroy evidence and intimidate witnesses back in India and dismissed that prayer by the defence as well.

The UK judge further dismissed Mr. Modi’s defence counsel arguments requesting for the refusal of India’s extradition request on the ground that India’s Minister of Law and Justice Ravi Shankar Prasad had earlier tried to influence the case against the billionaire.

The judge also ruled that the UK’s Barrack 12, Arthur Road jail was not unfit for Mr. Modi.

Mr. Modi is expected to appeal the decision in the High Court.

The judgment comes after a nearly two-year-long extradition battle to bring back Mr. Modi to India to face the charges of alleged money-laundering in a Punjab National Bank (PNB) scam.

Besides money laundering, destruction of evidence and witness intimidation, Mr. Modi also faces charges relating to defrauding PNB through the use of fraudulent loan agreements to the tune of two billion dollars.