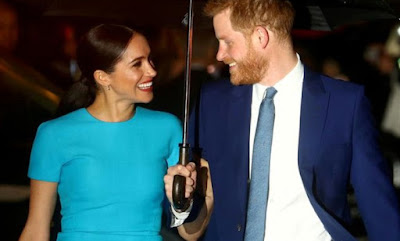 Buckingham Palace said it was “very concerned” about reports in the Times newspaper on Wednesday that assistants working for Meghan, the Duchess of Sussex, had been bullied by her.

The report comes days before the broadcast of an interview that Meghan and her husband Prince Harry have given to U.S. chat show host Oprah Winfrey spelling out why they quit their official roles. Some commentators have suggested they may also criticise their treatment by the royal family.

Harry and Meghan issued a statement denying that she had bullied anyone.

The Times cited unnamed sources as saying an aide to the couple had raised a complaint in October 2018 alleging that Meghan had reduced some of her assistants to tears and treated others so badly that they had quit.

The paper said Harry had urged the aide, who has now left their staff, to drop the complaint, and it never progressed.

The Times said it had been contacted by former staff members who wanted the public to gain insight before the Winfrey interview aired - and that lawyers for the couple had labelled the allegations a smear orchestrated by the Palace.

“We are clearly very concerned about allegations in The Times following claims made by former staff of The Duke and Duchess of Sussex,” Buckingham Palace said in a statement.

The Royal Household “does not and will not tolerate bullying or harassment in the workplace”, it added.

It said its HR team would look into the allegations, and that members of staff involved at the time would be invited to participate.