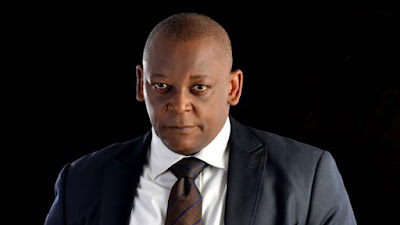 Veteran Nollywood actor, Keppy Ekpenyoung  has made some revelations about his anger issues In a new interview.

Anyone close to veteran actor, Keppy Ekpenyong, would know that the actor has a bright and bubbly personality. One known trait about the bald actor is that he is a very down to earth person.

However, in an exclusive interview with The Punch, the actor noted that at a point in his life, he had anger issues. He revealed that his rage was so bad that for 15 years, his mother always prayed about his anger issues.

Ekpenyong said, “I know that for about fifteen years, my mother’s prayers when we made New Year resolution was that, ‘I pray that Keppy manages his temper more.’ So, I began to learn from the very first years and I started to control my temper. I want to present myself as a very happy person, even when I am not happy. It is a deliberate attempt; it started out being deliberate, but now, it is a part of me.

The iconic thespian noted that fatherhood helped him overcome his anger issues as he learnt to be more tolerant.

“What encouraged me was when I became a father. I began to tolerate more things that I ordinarily would not have. Tolerance is a hallmark of maturity and growing up,” he said.

Ekpenyong who hardly speaks about his family revealed that he made the decision on his own not to expose his family to public glare.

“I rarely speak about my family in public because they are private and that is how it is supposed to be. There was no form of agreement between my spouse and me; we all have choices. I do not even know if my kids are happy with me as an actor, but I know they are happy with me as a father. We keep our private lives private. I cannot interfere and they do not interfere; so it has been great for us,” he stated.

When asked if any of his children are toeing his path, the veteran actor simply said, “Sounds like a joke. No, definitely not. But they might, because we start out thinking we might never, but then we veer. We end up realizing that we could also be. Nothing is impossible.”

Taking a trip down memory lane, the actor who bagged a master’s degree in International Law and diplomacy, noted that his parents were his support system when he ventured into the entertainment industry.

He said, “I got into the movie industry with a master’s degree in International Law and Diplomacy and it did not diminish anything about me and my passion. I think the best cushion I had was that I had the encouragement of my parents for doing what I wanted to do. That is the best encouragement that I had. It is impossible for anybody to say that life is a bed of roses unless you recognize the fact.”