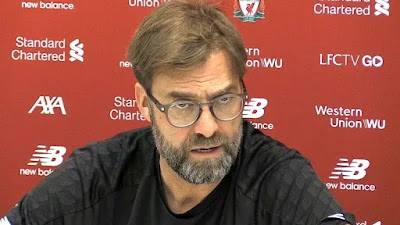 Liverpool boss, Jurgen Klopp, has lambasted his players after their disappointing 1-1 draw with Newcastle on Saturday.

According Klopp, the players “don’t deserve to play in the Champions League”.

Mohamed Salah gave Reds an early lead at Anfield but they failed to extend their lead after missing several chances.

The draw has left Liverpool a point behind fourth-placed Chelsea, who face West Ham on Saturday evening.

“I didn’t see us today that we deserve to play Champions League next year.

“We have another five games, we’ll see what we can do until then, we have a few days until we play Man United, so it will be a tough oen as well.

“We learn, or we don’t play Champions League. That’s it.”