Shameless Couple Having S3x In Park In Front Of Children 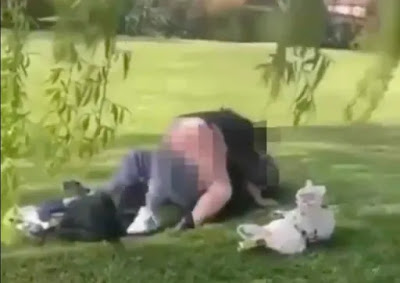 A Shameless couple having s3x in a park in front of children admitted “we’ve f***** up” when confronted by a furious mum.

Footage shows the moment the pair were caught romping in Edinburgh Playing Fields in Aylesbury, Bucks., by an angry local.

During the clip, the woman approaches the couple and says “there’s kids over there and you’re having sex” before asking: “You think that’s alright”?

The couple respond “no”, adding: “We know we have done wrong.”

As the couple get up and put their clothes back on, she adds: “Have some f****** respect”.

The video soon went viral after being posted online over the weekend and uploaded to community Facebook group The Aylesbury Grapevine.

One commenter wrote: “Nothing surprises me. Just another day in Aylesbury.”

Another said: “It was disgusting! If you are reading this and it was you, shame on you!”

While another wrote: “Stay classy Aylesbury!” 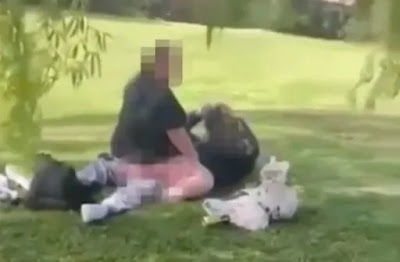