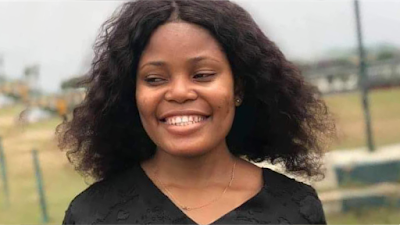 Iniobong Umoren, the lady reported missing on Twitter, is dead.

The news of her demise was announced by Twitter user @UmohUduak1, who had initiated the search for her missing friend on April 29.

On Sunday morning, @umohuduak1 uploaded a video of her in tears, and a following tweet confirming the death of her friend.

The sad news comes after the hashtag #FindHinnyHumoren made its rounds on social media, garnering attention from many concerned Nigerians as individuals tried to locate the missing woman.

The police announced that they had arrested two people that they suspected had played a role in the disappearance of Ms Umoren. The announcement was made via their verified Twitter handle saying the Anti-Kidnapping Squad for Akwa Ibom were on the case.