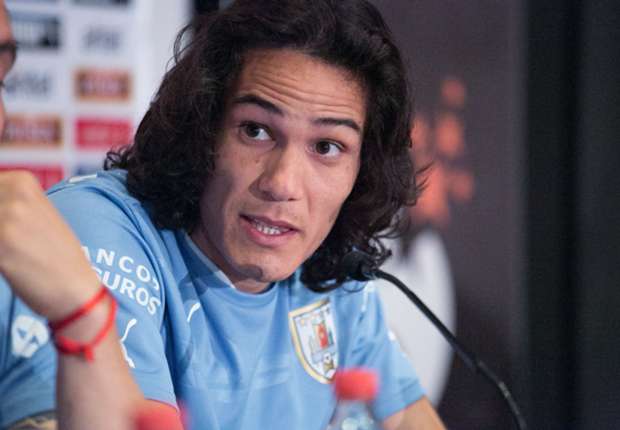 The Uruguay striker claimed their opponents would be tough to beat, "like all African teams", and later took to Twitter to say sorry

Paris Saint-Germain and Uruguay striker Edinson Cavanihas apologised after claiming Jamaica are a difficult side to face "like all African teams".

The former Napoli forward dropped the clanger as he was speaking prior to Saturday's Copa America clash between his national side and the Caribbean nation.

And a deeply contrite Cavani took to Twitter to say sorry shortly afterwards in both Spanish and English, explaining that he had simply been trying to draw comparisons between the playing styles of Jamaica and some African sides.

"First I want to apologise to Jamaica and its people," he wrote.

First of all, I want to apologize to Jamaica and its people. In my mind, I have compared two similar styles and... pic.twitter.com/Z8O2tZbsxyâ€” Edi Cavani Official (@ECavaniOfficial) June 11, 2015

"I wanted to make a comparison between similar styles and playing characteristics between Jamaican national team and those of African sides, but honestly I only put across half that thought and it came out sounding awful.

"In any case, I would like to publicly ask for forgiveness, and I hope my mistake will be taken with humour rather than offence."

Oscar Tabarez's side kick off their Copa America defence against Winfried Schafer's side at 21:00 CET in Antofagasta on Saturday.