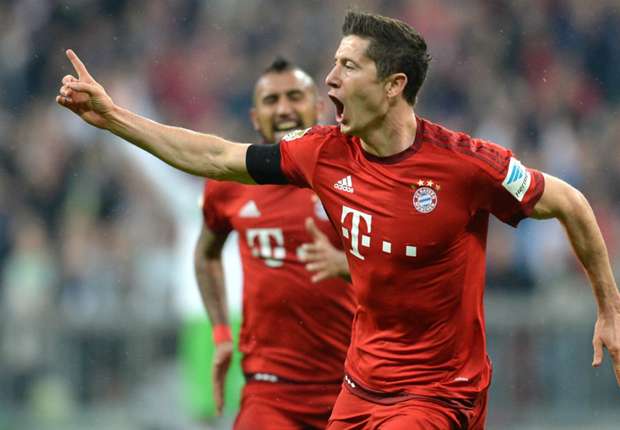 The Bayern Munich striker is in sensational

form this season, with the Frenchman wary that

his side will have to be "shrewd" to keep him

how his side will try to stop Bayern Munich

striker Robert Lewandowski in the Champions

Lewandowski has scored 16 goals in 11 club

appearances so far this term, as well as a

further six for Poland in their Euro 2016

And Wenger believes his defenders will have to

to have the ball," Wenger was quoted as saying

"After that you have to be shrewd with him

because inside the box he is outstanding,

because of his technique, his finishing, his

movement inside the box.

"Thatâ€™s where we need the experience of

Mertesacker and Koscielny to deal with that

because that will be one of the important things

Bayern are among the favourites to win the

Champions League this season, with Pep

Guardiola's outfit top of Group F after wins over

The Bavarians have also triumphed in all nine of

their Bundesliga encounters to date, and

Wenger believes Arsenal are underdogs ahead

of Tuesday's clash at the Emirates Stadium.

"You have to respect Bayern," he

said. "Historically they have won the European

Cup how many times? Five? And Arsenal zero.

So you cannot say that historically we are at

the same level as Bayern.

"They have done it in the past and they have

the history and the knowledge. What we want is

points than everybody else. But in Europe itâ€™s

true we have been poor in our first two games.

That is what we want to correct.

"I must say we have our backs to the wall and

we play against a top, top team. So I can

understand the scepticism of people. But we

have to prove them wrong.

potential performance on the day. Thatâ€™s what

we try to do. The history doesnâ€™t play the game.

What will decide the game is the performance

we produce. That comes from if we believe we