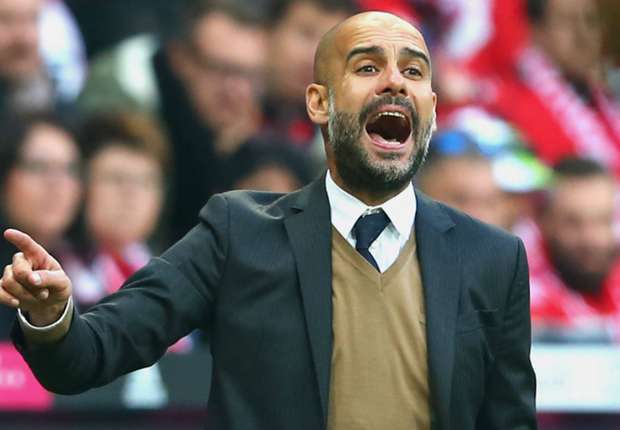 The German champions chalked up their 1000th Bundesliga win with a 4-0 victory over Koln â€” a source of great pride for their Catalan coach.

Pep Guardiola spoke with pride after steering Bayern Munichto a 4-0 win over Koln- the 1000th Bundesliga victory in the club's illustrious history.

Guardiola welcomed Arjen Robben back into his starting line-up after almost two months on the sidelines with a thigh problem and the Netherlands winger made an ideal return, opening the scoring in the 35th minute.

Arturo Vidal doubled the advantage five minutes later and Robert Lewandowski continued his sensational scoring form by adding a third, before winning a penalty for Thomas Muller to complete the rout.

"One thousand victories is outstanding for everyone - coaches, fans, players, employees," Guardiola told a news conference.

"I am very proud to be coach of Bayern Munich."

The result maintained Bayern's 100 per cent record in the Bundesliga this season, providing a pleasing response to their midweek Champions League loss at Arsenal.

"The game was hard, we had hardly any space," Guardiola added.

"No one can imagine how difficult it is every weekend to be mentally strong and to win every game."

Koln coach Peter Stoger congratulated Bayern on a result he conceded did not come as a surprise.

"The better team deserved to win," he said.

"I had a congratulatory letter prepared for 1000 wins but hoped that we could send it out next week."