A 60-year-old man, Mayegun Alani, has been arrested by the police in Ogun State for allegedly raping his tenant's 6 year old daughter. 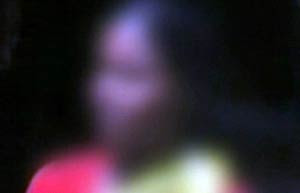 The landlord committed the crime on Thursday.

The Ogun police spokesperson, Muyiwa Adejobi, said the girl’s mother reported to the police after the victim complained of pains in her private part.

“The mother asked the little baby some questions which gave a clue that the landlord was responsible,” he said.The suspect was subsequently arrested by the police.

“Initially he denied the allegation but later confessed to the crime. “He said that he has been having unlawful carnal knowledge of the girl for at least a month. And medical report confirmed that the girl has been raped.”The spokesperson said the Assistant Inspector General of Police in the zone, Abdulmajid Ali, has directed that the case be transferred to the Department of Criminal Investigation and Intelligence of the command for thorough investigation and prosecution.