Popular blogger Linda Ikeji has apologised over the way she reported the Mayowa scam issue. Read below. 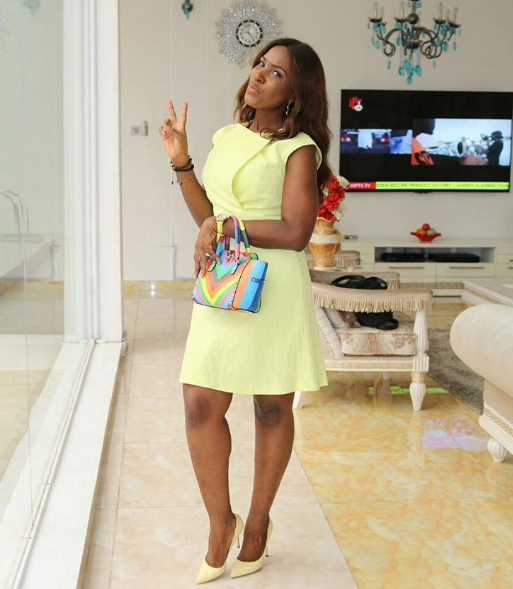 #SaveMayowa wasn't a scam after all...my apologies to the family!

"People who know me well will tell you that the easiest and fastest way to get money out of me is to tell me you're sick. I hate seeing people that helpless. Over the years, I've donated and also used my platform to raise money for several sick people, including Mayowa Ahmed. Early morning on July 28th, I received a call saying the #SaveMayowa campaign was a scam. That the lady was terminally ill and the family had no intentions of using the money raised for her health to treat her as they had no invite from the hospital in Atlanta, neither did she even have a visa to the US. Please continue...

They wanted me to blog it quickly so people could stop donating. I found it hard to believe at first but it was coming from people who were directly involved in raising money for the sick girl. I sent someone to LUTH to investigate, he got there and found chaos. The Police was already involved, people were being questioned, some folks were shouting, he spoke to people in the hospital and many seemed confused. I spoke with those who had called me, and they said 1000%, the whole thing was a scam.

And I sincerely believe that at the time they told me this, they genuinely believed it to be a fact. I don't think it was done maliciously. After they sent me documents showing the hospital in Atlanta was not really involved in Mayowa's treatment and LUTH medical directors denied knowledge of a fund raising for the sick girl, I believed it to also be a fact! And I wrote it. My mistake, I think, was owning the story, I probably should have quoted them. And maybe investigated more. My apologies to the family! The post has since been taken down.

After investing properly, the police found it wasn't a scam, that it was more a miscommunication between the parties helping to raise funds and the girl's family. I spoke about the issue with the Lagos police PPRO and she assured me that the family didn't have bad intentions.

The happy news is that Mayowa has been flown to South Africa for treatment. She left Nigeria on Thursday August 11th.

May God use her case to show that He is God!

Let's continue to pray for her!

But most people seem to find something wrong with her apology as they took to twitter to slam her. See some of the tweets below.... 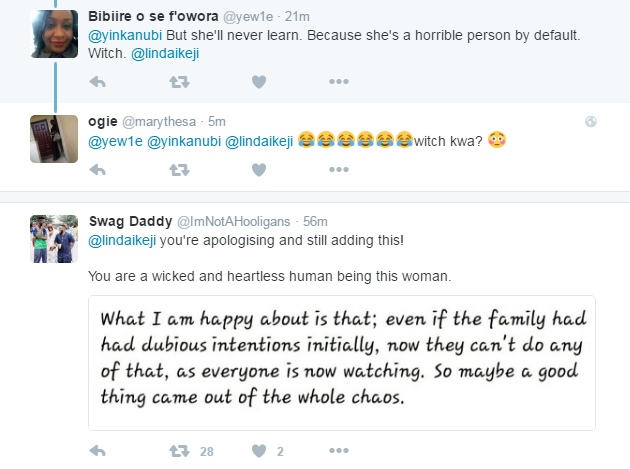 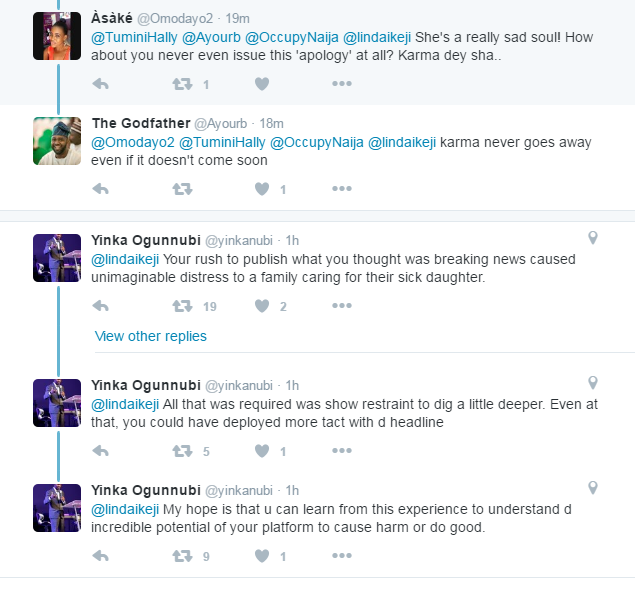 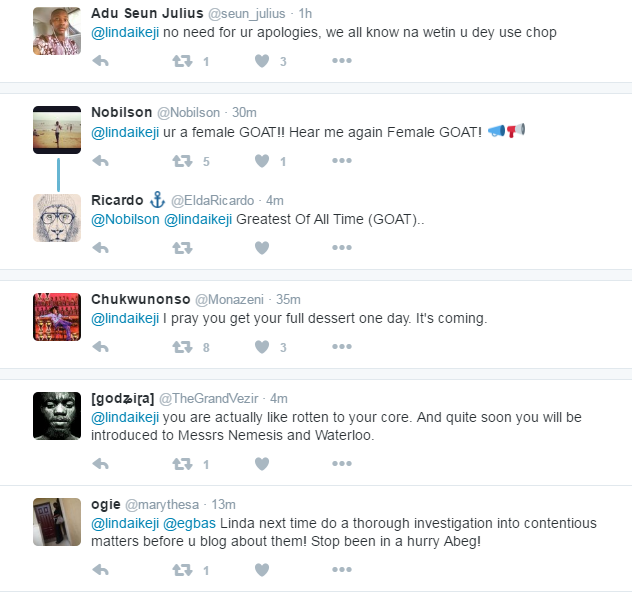 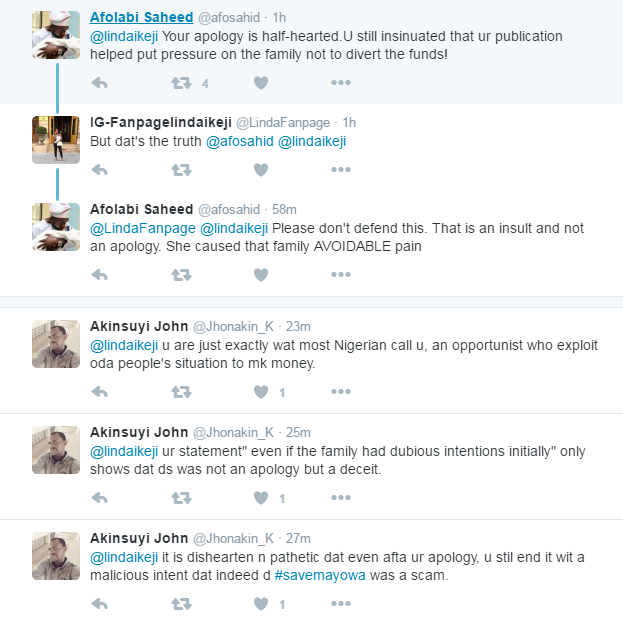 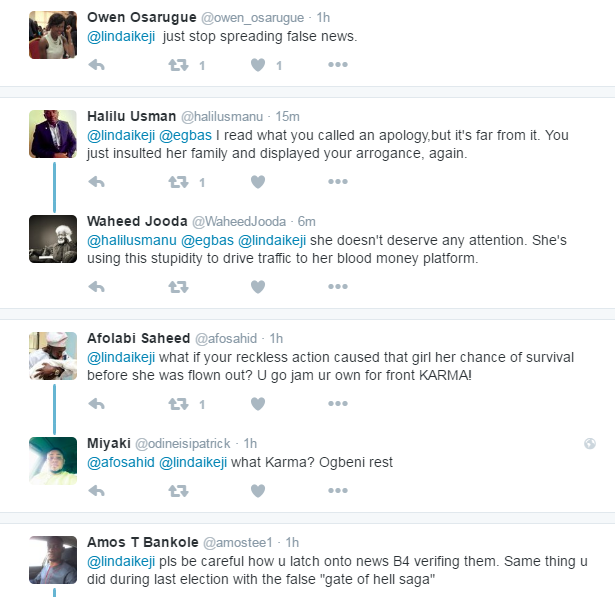