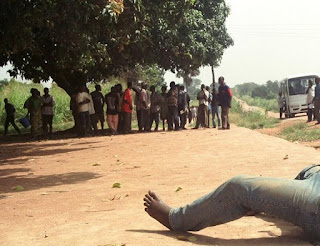 File photoLawan Bashir-Kano, the Commandant of NSCDC in the state, disclosed this while briefing newsmen in Lafia.

“On Tuesday,  August 16, the Command, through intelligent reports, arrested  one Shahidu Suleh, a  mallam, for sexually assaulting his supposed student (Almajiri), Okasha Ishaka”, he said. “We were able to trace and pick him with the boy who he claimed he was teaching the Quran. The boy narrated that the man had been having sex with him and threatened to kill him if he exposed  him.” The Commandant said the result of the test carried out  showed that the boy was sexually assaulted.