A suspected robbery gang has unleashed terror on security guards in Otumara/Ilaje community, in the Costain area of Lagos State, for allegedly preventing them from robbing residents of the community., Punch reports. 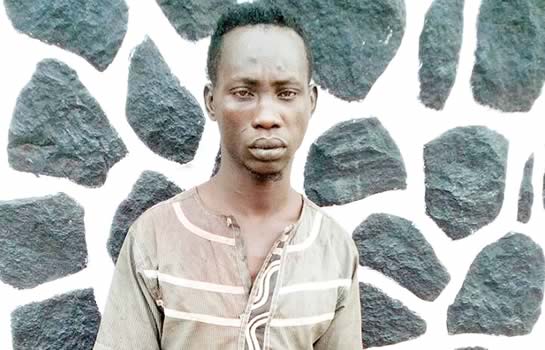 The suspected robbery gang members were reportedly armed with cutlasses and knives, among other weapons, and were allegedly led by one Solomon.

According to Punch Metro, they attacked and injured the guards around 9pm on Friday at a security post in the neighbourhood.

It was learnt that one of the guards, who escaped from the scene, called for reinforcement and the chief security officer of the community and other guards moved to the area.

The assailants reportedly took to their heels, but the gang leader, Solomon, was arrested and handed over to the police at the Iponri division.

A resident of the area, who identified himself simply as Rasaq, said the security of the community had recently been beefed up to forestall robbery attacks.

He said the attackers were suspected robbers, whose operations had been frustrated by the security guards manning the neighbourhood.

“For some months now, we have not witnessed any robbery attack on the community; thanks to the effectiveness of the security guards. They have intensified surveillance at every nook and cranny of this community, which makes us to live peacefully. However, on Friday, some robbers attacked the guards at their base and injured some of them. The grouse of those miscreants was that they had been deprived of their illegal means of livelihood – robbing people and breaking shops.”One of the security guards, who did not want his name in print, said that his injured colleagues had reportedly been discharged from a hospital he was rushed to.

“We are working with the police to get other members of the gang arrested,” he added.The Lagos State Police Public Relations Officer, SP, Dolapo Badmos, confirmed the attack.

“One Agekameh Patrick, the CSO of Otumara/Ilaje reported that while on routine patrol of the community at about 9pm on Friday. He accosted a suspected armed robber, Solomon, a well known criminal. The suspect and his gang members were armed with knives and other weapons and attacked some security men in the community. But they were overpowered. The case is still under investigation.”